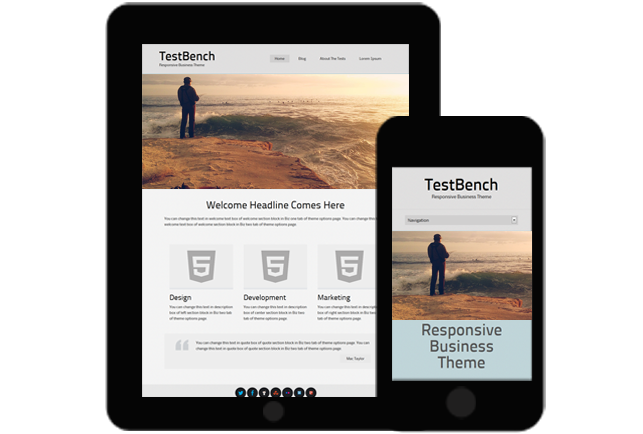 How Can We Help?

Computer and Programming notes, plus some of my software

If you’ve just installed Windows 7 and want to do some tweaking to make your new OS more functional and to look better, then this walkthrough is for you.

Remove Crapware
In the past, my only copy of Windows has been the one that came with my PC. Unfortunately, all the PC manufacturers sell out and install tons of crapware (software you don’t need) on your Windows installation before you even open the box. I usually spend nearly a day researching and trying to remove crapware without removing essential Windows components or other necessary software. In the past, I have found CCleaner very helpful with this task. However, I’ve also heard good things about PC Decrapifier. Fortunately, this time, I had a nice unsoiled copy of Windows to work with. Next time, though, I’ll probably give the decrapifier a whirl.

This should always be your first step after installation. In that past I have removed software that was essential (then promptly forgotten what it was) and been forced to re-install Windows. That’s not such a big problem if you haven’t spent a lot of time on the installation yet.

Of course, you should be careful not to remove software you’re going to need. However, you should also be careful not to keep software that you don’t need. I have found that pre-installed software is nearly always unnecessarily slow, bloated, and ineffective. Freeware alternatives are usually a better choice. Keeping this crapware can slow down your boot time, use up your memory, and perhaps interfere with alternative software you might install in the future. 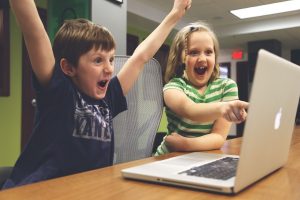 In general, to remove software you should try to run the custom Un-Install executable that comes bundled with most software. If present, you’ll find it from the Start menu under All Programs and within the folder for the software you’re trying to remove. If there is no un-install application, the next step is to open the Control Panel and click Uninstall a program (or Programs and Features if you’re using the icon view). CCleaner seems to duplicate the Windows Un-Install feature, so alternatively you could use CCleaner for this task. I’m not sure how the Windows un-installer compares to CCleaner, but either method should work fine. Finally, after removing software you should be aware that the removal application probably did not do a good job of cleaning up your computer. There is almost always garbage left behind. You can see it in the C:\Program Files directory, in the hidden C:\ProgramData directory, and in the Windows Registry. The files left in your program directories don’t impact system performance, but the crap left in the registry does. That’s why I frequently run a registry cleaner that I trust not to screw anything up… CCleaner.

Install Security Software
Before you connect your fresh Windows installation to the Internet, you need to make sure you have a firewall. If you’re connected via a modern router, you already have a hardware firewall. Otherwise, you might be relying on Windows Firewall, which comes with Windows. I usually use both. Unless you have specifically disabled Windows Firewall or your router’s built-in firewall, they will work by default and you don’t generally need to worry about it.

Once you’re on-line, there are plenty of free anti-virus applications to choose from. I’ve usually used AVG Free, but more recently I discovered Microsoft Security Essentials (MSE) and have been very pleased. From what I’ve read, it’s more effective than the free alternatives, it scans quickly, it doesn’t have any “nagscreens” asking you to pay money for an upgrade, and it’s simple to use and customize. MSE will automatically disable Windows Defender (a built-in Windows anti-malware program) because MSE takes over all the functionality of Windows Defender, so don’t be concerned if you notice that.

I usually run an anti-spyware application in addition to my default anti-virus software, and I usually find many threats that were not detected by the primary anti-virus. However, since installing MSE, neither SUPERAntiSpyware or Malwarebytes’ Anti-Malware have detected any threats that were missed by MSE’s scans. I occasionally run scans with both of those anyway, just for peace-of-mind.

Install Updates
I’m sure that by now, Windows has already nagged you to update. If not, you can access Windows Update from the Start menu, under All Programs, near the top of the list.

I usually install most of the optional updates as well as the recommended ones.

Install Other Software
Finally, it’s time to start installing the excellent programs that led you to Windows-dependence in the first place. This is my current list of favorites. In most cases, I have tried several alternatives before deciding to keep these particular programs installed. They are all free except Microsoft Office (which you can get for free or cheap if you’re a student or corporate employee), and they all work well. Only a few are open source, but this is Windows after all.

μTorrent – A (very) tiny BitTorrent client
7-Zip – Open source utility for manipulating archives (“zipping” and “unzipping”)
Adobe Flash Player – Browser-based runtime environment for web applications and videos developed with Flash Professional (SWF files)
Adobe Reader – Read PDF files (yes, I know Sumatra PDF is light-weight, but it’s not as reliable)
Adobe Shockwave Player – Displays web content created with Adobe Director such as high-performance multiuser games, interactive 3D product simulations, online entertainment, and training applications
Audacity – Open source audio editor/recorder
CCleaner – Remove unnecessary files to free disk space AND full-featured registry cleaner, fast and reliable
Combined Community Codec Pack – Play any video file without a fuss. In most cases, this allows you to play all videos in the default Windows Media Player without a problem, although the included Media Player Classic generally works better. This succeeds where VLC fails (and vice versa). Some codec packs have been known to cause Windows errors, but this one is much more responsible.
DirectX Runtime – For displaying applications rich in multimedia elements such as full-color graphics, video, 3D animation, and rich audio
Dropbox – Sync files online and across computers automatically
FreeFileSync – Open-Source folder comparison and synchronization tool. Fast and easy to use.
Freemake Video Converter – Convert between nearly any of the video formats. True freeware, no adware, sneakware, or registration.
Gadwin PrintScreen – Highly-customizable yet still easy to use screenshot capture software. Basic version is freeware and still has great features.
GIMP – Open source image editor. Not quite as cool as Photoshop but it’s free!
Google Chrome – Google’s Internet browser. I’m a Firefox fan, but Chrome is still pretty neat.
Google Earth – The ultimate mapping application.
ImgBurn – Read from or create a disk image file (ISO), write an image file to disk, or simply burn to a disk directly. Best of its kind.
Java – the Java Runtime Environment is required to run any Java-based software
Malwarebytes’ Anti-Malware – Detect viruses, worms, trojans, rootkits, dialers, spyware, and malware
MediaMonkey – Music player, organizer, tag editor, and much more. It’s the only music organizer/player that actually allows you to edit the ID3 tags in the audio files instead of saving everything in a separate database specific to the application. Works well with MiniLyrics for synchronized, scrolling lyrics (downloaded and saved directly to the ID3 tags).
Microsoft Office Enterprise 2007/2010 – I like open source software, but when you use Microsoft Office at work, you can’t get around using it at home for compatibility. Plus, it really is much better than any of the alternatives. If you use it at work (like me), you might be eligible for the Home Use Program and get it for $9.99. Students can get it for $79.99 here.
Microsoft Security Essentials – described above in Install Security Software
Microsoft Silverlight – for rich Internet applications including multimedia, animations, and graphics. Similar to Adobe Flash
MiniLyrics – Lyrics plugin software for numerous media players, automatically downloads and displays scrolling lyrics, allows you to save downloaded synchronized lyrics to ID3 tags.
Mozilla Firefox – World’s greatest Internet browser. Also get the Adblock Plus Add-On to minimize the ads you see and block malware domains.
Nitro PDF Reader – An excellent PDF printer, but also much more. It’s also a PDF editor, allowing for text anywhere and even a signature. Very professional, offered now for free while in beta. If it’s not free anymore, try PDFill, Bullzip, or PrimoPDF, but these are not nearly as nice. You can edit PDFs with GIMP to add signatures and text, and the result is legible, but you’ll notice distortion. If you have Microsoft Office, OneNote can do everything Nitro PDF can do, but it’s not as streamlined.
Notepad++ – Open source code editor. Best application to use for any kind of text editing, excellent syntax highlighting.
Paint.NET – Cross between GIMP/Photoshop and old-fashioned Paint that allows you to do anything from doodle to advanced photo editing.
Picasa – Photo organizer, editor, viewer, and much much more. My favorite features are the photo album viewer, collage creator, geotagger with Google Earth integration, and Picasa Web Albums which display a map next to every geotagged image. Additionally, Picasa recognizes all my image tags (I tag everything with my own software).
Skype – Video chat, IM, and phone calls on your PC. Last I checked, it still worked a little better than Google Chat on the PC I was using.
SUPERAntiSpyware – Spyware and adware detection and removal (Works great except annoying nagscreen)
VLC Player – Media player than can play anything using built-in codecs. I often
Windows Live Movie Maker – Best free video editor.